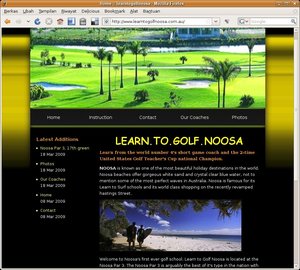 James Douris is a bachelor of science majoring in Physical Education with a minor study in the evolution of the golf swing. James Studied in the United States and competed in the NCAA College golf system and graduated as a two-time All-American golf scholar. He also won two national championships with his team for their division. James started coaching in 2005 during his last year at the University and was the assistant coach to his college's women's team who went on to win the national championships in their division.